Romania will have the first banknote featuring a woman’s face in autumn. Ecaterina Teodoroiu, heroine in the First World War, will be illustrated on a 20 lei banknote. 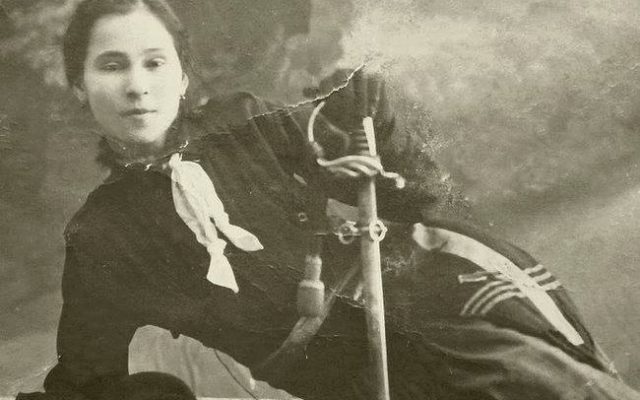 The National Bank of Romania will launch this autumn the first banknote featuring a woman’s face. It is a 20 lei banknote depicting Ecaterina Teodoroiu, a heroine of the First World War.

The announcement was made by MEP Corina Cretu.

I was happy to learn that this autumn – hopefully after many delays – the National Bank of Romania will launch the first banknote with the portrait of a woman representative of the country’s history. On this occasion, Romania will mark an important moment in encouraging the affirmation of women and in recognising the substantial contribution they have made in different moments of history”, Corina Cretu wrote on Facebook.

The banknote will be worth 20 lei.

Yes, as we have already announced, by the end of this year we will launch the 20 lei banknote with the face of Ecaterina Teodoroiu, the first woman to appear on Romanian banknotes. We have postponed the launch process because of the pandemic, but the NBR is very keen on this premiere,” Dan Suciu, spokesman for the National Bank, told Economedia.

The announcement to launch a banknote celebrating Ecaterina Teodoroiu was made by the NBR as early as 2019, but the pandemic delayed these plans.

The NBR stated at the time that the choice of Ecaterina Teodoroiu’s image had a double significance. The National Bank of Romania is thus supporting concerns to strengthen gender equality, in line with the initiatives of other central banks in the world. The NBR is also once again marking the Centenary of Greater Romania (2020) by honouring the image of a hero of the Great War of Reunification.

The Board of Directors of the NBR considers that the promotion of a woman’s image on a banknote with circulating power is an approach that responds to a legitimate public interest – the promotion of female personalities – which has found broad support in the Romanian society. Since 2018, the National Bank has responded to this approach by choosing the image of Queen Mary for the anniversary banknote dedicated to the 100th anniversary of the Great Union of 1 December 1918.

Coming from a modest family in Oltenia, Cătălina Vasile Toderoiu, as she was called, was the first woman combatant in the Romanian Army. She was born on 14 January 1894 in Vădeni. After Romania’s entry into the First World War, she worked as a nurse at the front. After all four of her brothers died in combat, she asked to be transferred to a combat unit. She was wounded several times in combat and was decorated by the Royal Family for bravery. She died heroically in the summer of 1917 at the Battle of Marasesti, while leading an infantry platoon of the Romanian Army.

Success for the “Women on banknotes” initiative

The initiative for women to also appear on Romanian banknotes dates back to 2012, when more than 7,000 Bucharest residents signed a petition proposing to designate the first female personality to appear on a banknote issued by the NBR.

Later, in 2018, journalist Janina Nectara launched a petition to National Bank Governor Mugur Isărescu, which aimed to have a woman on a Romanian banknote for the first time. According to her, “Women on Banknotes” is an initiative of national pride, as Romania has remarkable women who have contributed to the achievement of modern Romania and to whom we owe a large part of our progress.

“We are waiting for the Governor’s response, which will either show us that 2018s’ Romania is not yet ready to leave prejudices behind, or that it is ready to align itself with the values of the future, which are those of equal opportunities and meritocracy. Whether they are men or women, the country’s meritorious individuals must be recognised, because their success is Romania’s success. Refusing to recognise the success of Romanian women means denying Romania half of the merits it has”, wrote Janina Nectara at the time.