ANALYSIS Romania’s accession to the OECD, a “success” 20 years overdue. What benefits it will bring: ‘The hard work is just beginning’ 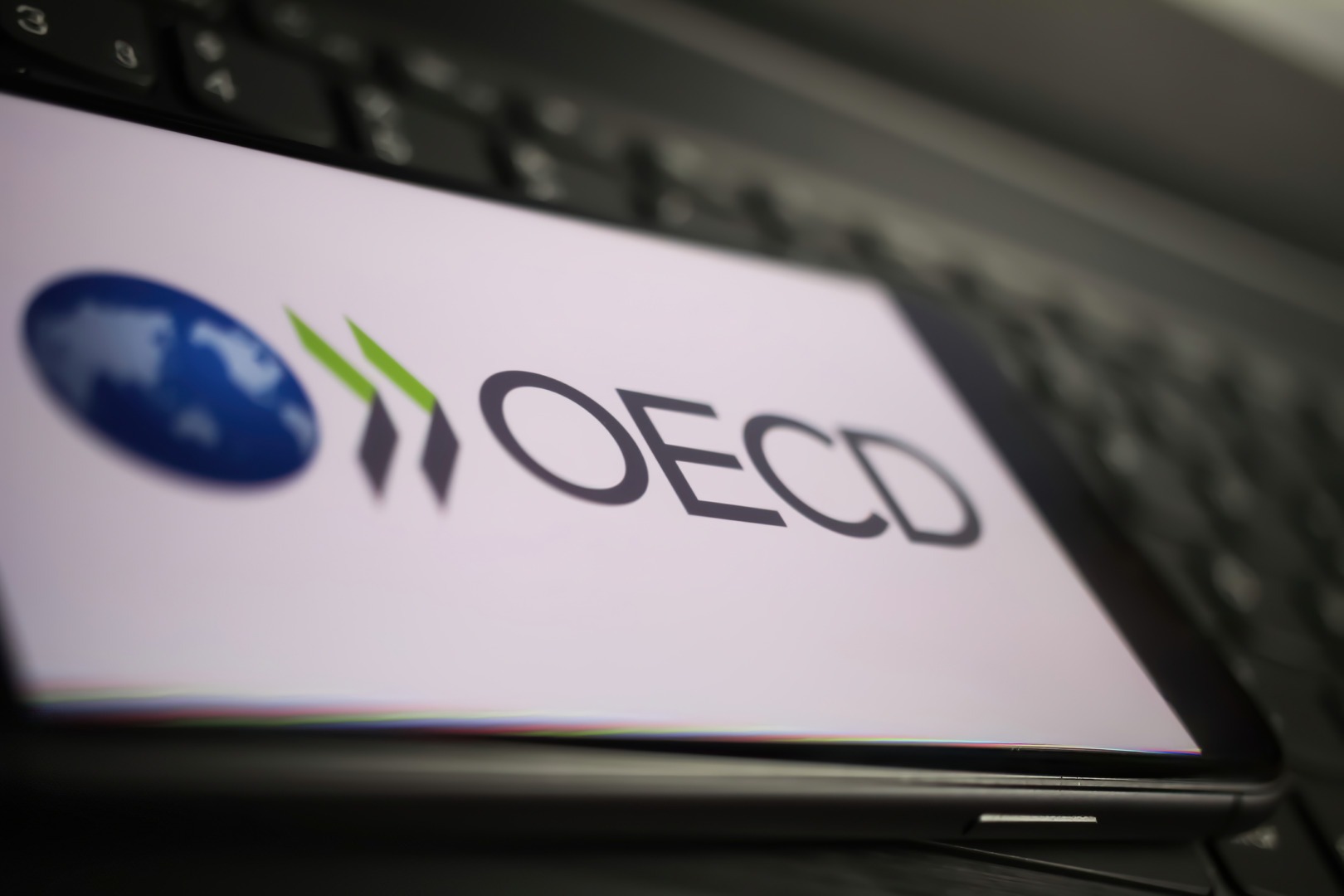 It has been 18 years since Romania officially applied to join the select club of member countries of the Organisation for Economic Co-operation and Development (OECD) and it will be at least two years before we can be officially named members. So, two decades without progress, during which time countries in the region with weaker economies have “taken us for granted” in terms of OECD membership.

The Council of the Organisation for Economic Cooperation and Development decided on 25 January 2022 to open accession negotiations with Romania. Alongside our country, the decision to open negotiations also covered Argentina, Brazil, Bulgaria, Croatia and Peru.

And while the authorities are classifying Tuesday’s announcement as a diplomatic success, historically Romania has missed numerous chances for almost two decades.

Economedia looked at Romania’s long and slow history of joining the OECD, what criteria we meet and what we still have to tick off, and what advantages joining the world’s leading economic organization would bring.

Among the only non-OECD countries in the region

The OECD has 38 members, 23 of which are European countries, with participating countries accounting for more than 70% of global production and trade and 90% of the world’s foreign direct investment.

Romania, Bulgaria and Croatia remain about the only European countries in the region not yet part of the OECD, apart from the Balkan states.

The 18-year history of the road to membership

Romania’s accession to the OECD has been a major objective of Romanian foreign policy since 2004. Romania formally applied to join the OECD in April 2004, reaffirmed its intention to become a member in November 2012 and renewed its application in 2016 and 2017.

It was the Năstase government that came up with the idea of joining the Organisation for Economic Cooperation and Development. In 2004, the approach thus became a strategic objective of Romanian foreign policy. However, the MFA has not taken significant steps in this direction.

The objective was maintained in the following years, but it fell into obscurity.

In 2012, the OECD welcomed new members, but Romania missed its chance again. Only the Ponta government has tried to take further steps in this direction, the objective was included in the PSD’s 2013-2016 government program. Then-Prime Minister Victor Ponta reiterated his intention to join the organization in a letter to OECD Secretary-General Angel Gurria.

In 2016, the Ciolos government also took steps towards the OECD. In June, then Prime Minister Dacian Ciolos agreed at OECD headquarters on a cooperation program to receive an invitation to join the next wave of enlargement.

That same year, 2016, in September, the Government decided to set up the Interministerial Committee for the Development of Cooperation with the OECD to manage cooperation programs with the organization.

Hungary’s sabotage – Romania needs the consensus of all OECD members to be accepted into the OECD. In 2017, however, Hungary announced that it was withdrawing its support for Romania’s OECD membership. At the time, the neighbors to the west were upset about the closure of the theological high school in Târgu-Mureș following a court decision. The issue of the high school was resolved then, following a discussion between former PSD leader Liviu Dragnea and Hungarian Prime Minister Viktor Orban. Finally, that same year, Hungary announced that it would support our country’s bid to join the OECD.

Eighteen years and 16 prime ministers later, it was not until 2022 that Romania received the invitation to negotiate.

Why didn’t we join the OECD earlier? According to the organization, Romania has had significant backlogs in meeting the accession criteria in the past.

A December 2016 OECD report, cited by cursdeguvernare.ro, said Romania had problems complying with the Fiscal Responsibility Law, abuses emergency ordinances, has too many uncoordinated strategies and needs to use digital technologies as an integral part of governance, among many other problems.

In order to become a member of the OECD, a country must meet a number of criteria, including the existence of a market economy and a functioning democracy; the size and economic importance of the candidate country; the principle of mutual benefit for the OECD and the candidate country resulting from its membership; and global considerations, related to ensuring geographical balance among OECD members.

Romania currently meets six of the eight standards required for accession to the Organisation for Economic Co-operation and Development (OECD), is taking steps to meet one more standard and has already expressed its intention to meet the last standard, a government statement said.

Thus, at this moment, Romania is adhering to 6 of the 8 essential standards for membership:

In the coming months, Romania will start activities related to the accession to the Liberalisation Codes. Romania has also already expressed its intention to accede to the OECD Anti-Bribery Convention, the Executive says.

What benefits will accession bring?

Radu Puchiu, the coordinator of the Interministerial Council for relations with the OECD, told Economedia that Romania’s accession to the OECD brings two major benefits. One is access to the best analysis, studies and best practices, which means an even better opportunity for rapid development. The second is the goodwill as a country: by joining this club you are seen differently by all financial institutions.

“One constant effect has been access to loans and financing on much better terms,” explained Radu Puchiu.

OECD membership will have favorable implications for economic growth and sustainable development processes in the medium term, Banca Transilvania analysts say in a report. They believe that the probability of Romania becoming an OECD member state by 2025 is very high.

“Joining the OECD will be another anchor of stability and prosperity for Romania. Because the OECD is not just the club of countries that account for 70% of global production and trade and 90% of the world’s direct investment. It is the association of countries that share the same values and principles, that believe in democracy, the rule of law, human rights, open market economy and transparency,” says Luca Niculescu, Romania’s ambassador to Paris, where the OECD is based.

The Romanian-American Chamber of Commerce (AmCham Romania) said that the benefits of OECD membership would include a higher ranking as an investment destination, better financing conditions and the opportunity to participate in shaping fiscal and economic policies with global impact.

According to the Ministry of Foreign Affairs, the main advantages of Romania’s possible OECD membership are:

The “hard part” is just beginning

The government in Bucharest underlined on Tuesday, in a press release sent after the OECD announcement on the opening of accession negotiations with Romania, that the negotiation phase will involve a rigorous assessment of our country’s alignment with OECD instruments and best practices, carried out by more than 20 OECD technical committees, based on a roadmap to be drawn up in the coming period.

Radu Puchiu believes that the hard work of OECD membership is just beginning.

According to him, the decision to invite Romania to the accession negotiations means that its macro-economic indicators are at the level of developed countries and that they are stable. “The decision on this issue is technical and Romania has been on track for some time. Therefore, the first thing we will have to do is to maintain these indicators – and that is the easiest of all we have to do,” he says.

Also, according to him, the invitation to join the OECD is a political decision.

“Thirty-eight countries have agreed on the soundness of Romania’s candidacy. It’s a blank cheque, if you like, against a promise, a commitment by Romania that it will meet all the criteria for membership. This means that all the actors involved agree to support this effort – maintaining it is the second most difficult test,” he explains.

According to Puchiu, effective membership means aligning with the rules shared by all developed countries. That means aligning legislation, governance with OECD standards.

“There are more than 20 technical (and I stress technical) committees that Romania has to go through and get the agreement of all members. This alignment effort is extremely complicated and difficult but the most complicated part is that it is technical, not political. You have or you don’t, you are or you aren’t, it doesn’t work on promises. For those who are really curious, they can look to see what the accession process has meant for the last few countries to be admitted to the OECD. Our administration and its political leadership have gone more for mimicking compliance. Making ‘real’ changes is the third attempt,” adds the coordinator of the Interministerial Council for relations with the OECD.

Radu Puchiu argues that while Romania already complies with many of the standards, there are areas, such as the governance of state-owned companies, where our country is not at all on the same wavelength as the OECD criteria.