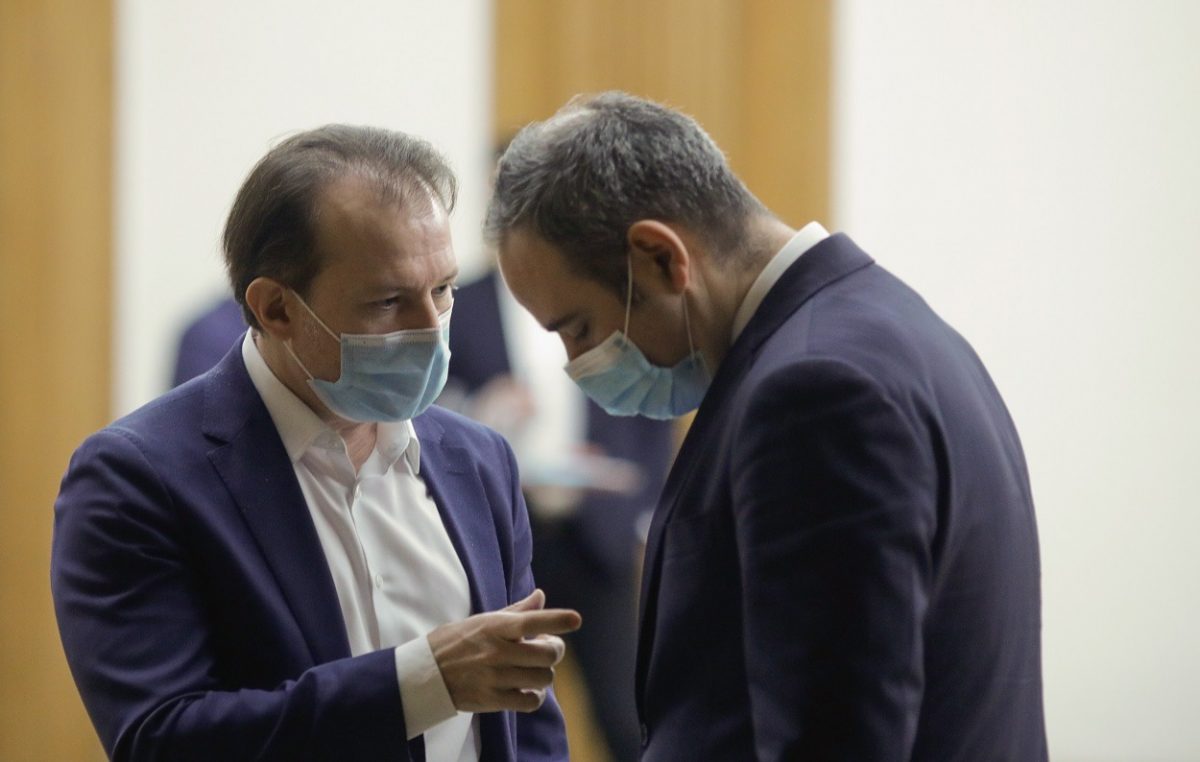 The former Minister of Public Finance, Alexandru Nazare, initiated a memorandum asking for the government to approve Romania’s participation in the capital increase of the International Investment Bank in the amount of 14.3 million euros, according to the document consulted by Economedia.ro. Prime Minister Florin Cîțu declared for Economedia.ro that he categorically rejects Romania’s participation in this increase and announces that he will request an investigation in this case.

Alexandru Nazare had not responded to Economedia.ro messages and calls by the time of publishing.

The Russian-controlled International Investment Bank (IIB) relocated in 2019 to Budapest, the capital of Hungary. The Hungarian opposition and the international press have repeatedly written about diplomatic controversies surrounding the bank, allegedly linked to the Kremlin’s intelligence agencies. Romania is a shareholder of the bank established during the USSR, with a 7.69% participation. Russia, with 44%, holds the largest stake in the bank.

The memorandum consulted by Economedia.ro has as object “Approval of Romania’s participation in the capital increase of the International Investment Bank with the amount of 14.3 million euros, in three installments, in the period 2021-2023”.

Prime Minister Cîțu categorically rejected Romania’s participation in the capital increase. “The memorandum was initiated without my knowledge, I will ask for an investigation to find out how it was done. My position is clear on the Russian bank. In no case will we participate in the capital increase, it is not the Romanian state’s policy to invest in a Russian bank on which raises several question marks “, Prime Minister Cîțu declared for Economedia.ro.

He also said that the memorandum proposal signed by the former minister was sent for approval to several ministries.

“The question is what convinced him to go further with this memorandum. I don’t understand how the former minister came to this decision, I understand – from what he said recently – that we don’t have money “, Prime Minister Cîțu also declared.

If it does not participate in the capital increase, Romania’s share of the bank’s capital will decrease.

Prime Minister Cîțu fired Minister Alexandru Nazare a week ago, citing alleged delays in investment projects at the ministry. Nazare, in turn, stated that the revocation would be related to the fact that he did not support Cîțu in the internal race against Ludovic Orban.

Resurrected by Russian President Vladimir Putin from the ashes of the Soviet development bank Comecon, the International Investment Bank has five member states as shareholders. Five – Hungary, Bulgaria, the Czech Republic, Romania and Slovakia – are former communist countries, now in the EU and NATO. Cuba, Mongolia, Vietnam, and Russia are the remaining shareholders. The IIB insists it is not Russian, despite Moscow controlling a 47% stake in the bank.

With an estimated balance sheet of only 1.3 billion euros ($ 1.4 billion), the “supranational bank” is not even among the top 10 financial institutions in Hungary but will have a staff of about 100 employees. This has raised concerns that Budapest is not just opening the door to bankers, according to an Al Jazeera analysis from 2019. “It is more likely to make Budapest a Russian intelligence center than a financial center,” said Andras Biro-Nagy, from Policy Solutions, a liberal think tank based in Budapest.

IIB CEO Nikolai Kosov is another concern. His parents were both KGB officers in Hungary, while the Soviets suppressed the 1956 Hungarian revolution.

The US Senate criticized the move of the IIB headquarters to Budapest in 2019, seeing it as a new sign of Viktor Orban’s rapprochement with Russia. “Instead of defending Hungary against Russian malicious interference, Orban seems to welcome them,” a report from the US Senate Foreign Relations Committee said in 2019.

A scandal broke out around the Russian bank in 2018, when Florin Cîțu, then a PNL senator, accused Eugen Teodorovici of joining the bank’s board of governors in order to benefit from the diplomatic privileges conferred by his position. Teodorovici was the first Finance Minister to join the board of governors, until then Romania was represented only at the secretary of state level.