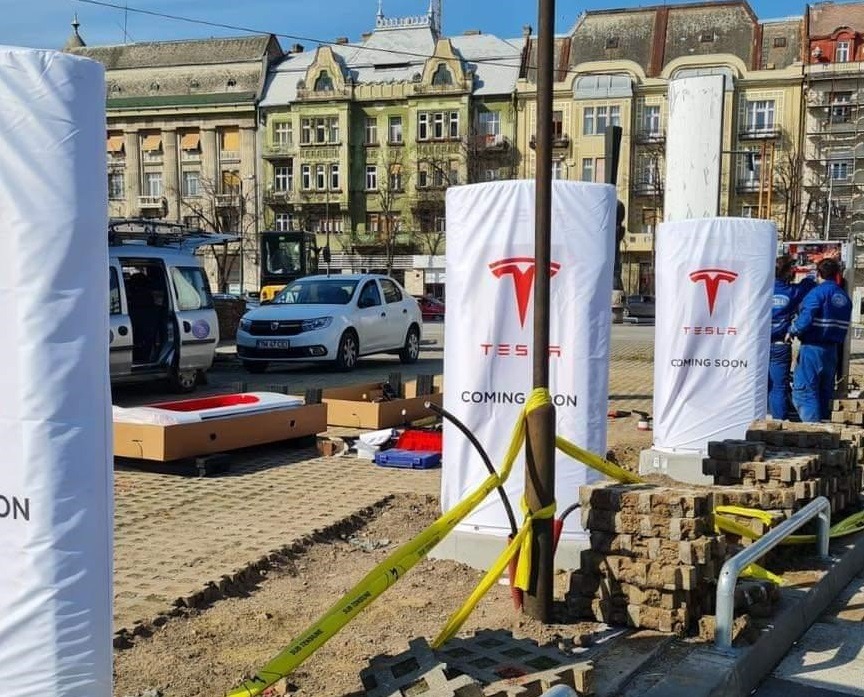 The first Tesla charging station for electric cars in Romania will be opened this month in Timisoara. Stations will also be inaugurated in Bucharest, Sibiu, and Pitesti this year.

The station in Timișoara is located in the central area of the city, more precisely at number 5, Bulevardul Revoluției din 1989, in front of the Continental hotel. The station will have six fast-charging slots, and work will be completed in April.

“That Tesla has opened a location in our country is clear proof that they want to enter the Romanian market strongly, which is something we needed “, the entrepreneur Radu Benea declared for Economedia.

Until now, Tesla electric car owners could only charge their vehicles at supermarket power stations, or with home chargers, but soon they will be able to do so in just 30 minutes at these stations, and they can drive up to 300 kilometers till the next charging cycle.

“Electric cars are the future, we can see this even in racing; they are reliable and very powerful cars…their problem is still the autonomy, but with an adequate infrastructure the number of electric cars will increase “, added Radu Benea.

The growing number of electric cars on the road can already be seen. Just in Timisoara 1,300 hybrid or electric cars were registered with the fiscal authority this year compared to only 500 by December 2020.

Tesla will also have charging stations in Bucharest, on Pipera Road, at the intersection with Moeciu Street. There will also be a charging point in Pitesti, near the Expo city park located in the Calea Bucuresti neighborhood. Another Tesla fast-charging station will be located in Sibiu, on the Alba Iulia road, near the Petofi Sandor park.

On their website, Tesla states that the charging stations are expected to be inaugurated in the second quarter of this year.

Translated from Romanian by Ovidiu Harfas