“Half of today’s jobs may not exist in 10 years” Simtel, company specializing in automation, telecom and renewable energy predicts 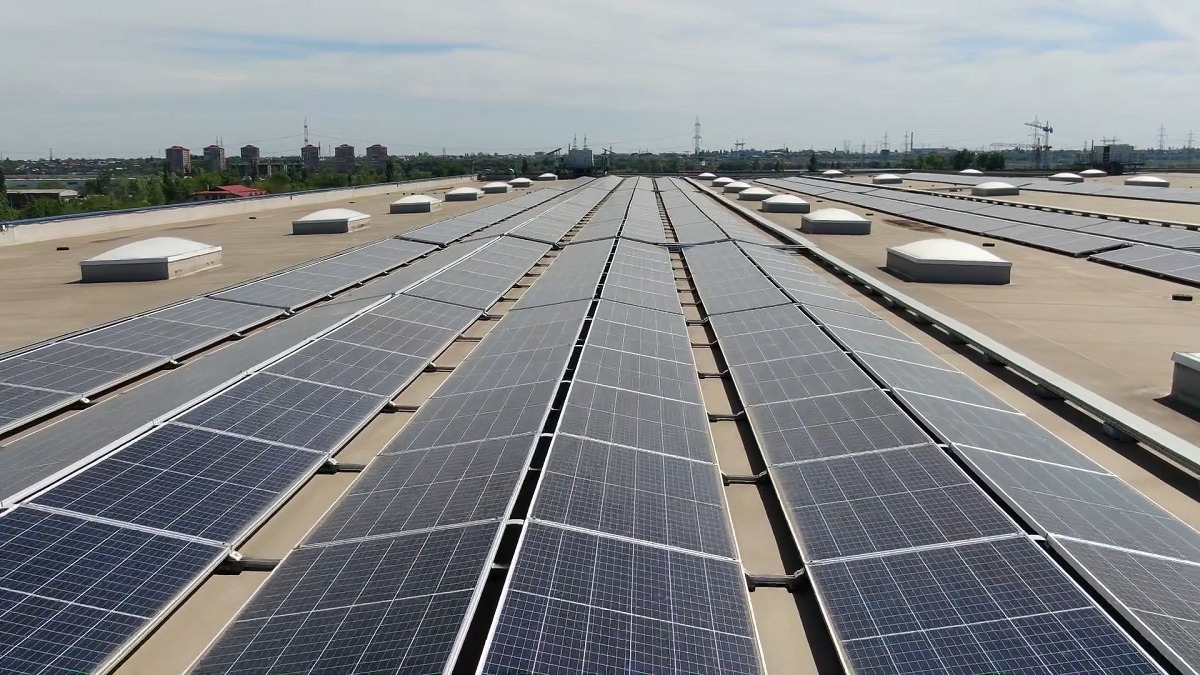 Half of the jobs existing today may not exist in 10 years, as repetitive jobs are being replaced by software and robots. Jobs such as building robots and software that automates processes will instead take over. These are some of the predictions made by Simtel representatives about the future of the economy, a leading company with three lines of activity that meet the needs of the moment: automation, renewable energy, telecommunications. In all three sectors, demand has grown during the pandemic.

Economedia: How the three areas in which your company operates performed during the pandemic, how were they affected by the pandemic?

Iulian Nedea, General Manager & Co-founder: Compared to other areas that have suffered in the pandemic, we could say that we are lucky because, whether we are talking about industrial automation or telecommunications, these are vital areas for economic development where demand is growing precisely in a pandemic, as is the efficiency of energy consumption.

We were pioneers in the field of photovoltaic power plants in 2018. Our clients are increasingly open to these technologies in the context of the Green Deal which would mean a lower carbon footprint, and because in recent years, perhaps due to the pandemic, the price of the technology has dropped. We see good prospects for the future and we see growth for all three areas we are working on.

Economedia: Were there problems due to the pandemic, respectively in the supply chain or otherwise?

Iulian Nedea: At the beginning of the pandemic, both our clients and we, were a bit on standby as we wondered what will happen, how we will continue if it is time for the beneficiaries to make investments. But then we all realized that life has to go on, and after the first two months of last year, March and April, the projects returned to normal, and the volume and demand started growing again.

Economedia: Were there any irreversible changes brought about by the pandemic in the areas in which you operate and which extend over the long term?

Iulian Nedea: If we refer to the telecommunications area, the demand for transmissions, the online meetings, practically the demand for data is increasing. We feel that from now on we will continue in the same way, as many sessions will be done online.

If we talk about the area of ​​automation or renewable energy, we have not noticed so far major changes that will influence the course of the next projects.

Economedia: Did the state help you in any way during this period, did you benefit from any measures?

Iulian Nedea: I benefited from Measure 1, the one regarding the guarantee for SMEs. There were some good measures, if only the pace had been better, I think the effects would have been much stronger.

Economedia: What is your company’s development plans and are they in any way affected by the pandemic?

Iulian Nedea: Although we have a pandemic, although humanity is facing delicate moments, we have continued to look to the future. In the pandemic, we made an extremely important decision to go to the capital market, to the Bucharest Stock Exchange. We will make a private placement in the next period, probably in the next month and we will also make the actual technical listing on the Bucharest Stock Exchange.

Economedia: Will you use this funding for business development? What segments of the business do you want to grow?

Iulian Nedea: For the area of ​​charging stations for electric cars, we are thinking of building a platform to monitor the stations that we will put into operation in the future or even stations installed by other companies that are not monitored and that do not benefit from maintenance at this point. We are a technology and engineering company and we know very well how to offer the solution to integrate the equipment in the solution, to monitor and complete the whole process with a guarantee for a long period of time.

Economedia: Is it hard for you to find workers for your company?

Sergiu Bazarciuc, Executive Director & Co-founder: We are an engineering company, we mainly employ engineers from various fields, such as electronics and telecommunications, automation, industrial automation, and energy. If we talk about the pandemic period, in which we are, compared to the previous period, the years 2018-2019, when it was really difficult to find people, now we find that the process is easier. We find people easier. Probably companies that had difficulties had to let people go.

Economedia: Does the fact that many Romanians have returned from abroad also have an impact during this period?

Sergiu Bazarciuc: It certainly has an impact and we found this to be the case as well.

Economedia: How adapted do you think the Romanian education system is to the labor market?

Sergiu Bazarciuc: It can be better. The education system should be more connected to the demands of the labor market. When doing specializations, employers in the labor market should also be consulted, in each field, so that educational institutions know what the real needs of companies, entrepreneurs, multinational companies are.

The second thing would be that internships in companies should be much more intensified. We are open to receive and we even had future engineers who had internships. We want to continue and we hope that some of them will be our colleagues in the near future.

Economedia: Does the current education system respond to the speed with which the labor market is changing?

Sergiu Bazarciuc: I would say that It does not.

Economedia: What changes do you see in the labor market and in the sector in which you work, due to the crisis?

Sergiu Bazarciuc: The main change that we can all see is working remotely, from home. Probably many companies will keep this system working, if not entirely, then maybe a hybrid system. They have lower costs. Many companies were proud that productivity, contrary to expectations, had increased, with people working from home. We must not forget the aspect of socializing, of being part of a physical team, of seeing your colleagues. I tend to think that it will be a hybrid one. It will not be as before, nor as during the pandemic.

Being a company that works with teams in the field, that does physical project implementations, we adopted a hybrid system, because we couldn’t work from home when we had to do an intervention somewhere where there was defective equipment. In the future, I suspect that, if the situation requires it, we can also go for the hybrid system. If not, we’ll come to the office if things get back to normal.

Economedia: What types of jobs do you think are threatened with extinction and what new specializations are taking hold on the labor market?

Sergiu Bazarciuc: Many of the jobs that now exist are probably not going to exist in 10 years, somewhere between 50-60%. Probably the jobs that are repetitive, that do not require a lot of specialization, such as data entry, invoice processing, will be replaced by software, by robots.

Instead, there will be jobs such as building robots, building software that automates processes, generally companies that, through what they produce or create, contribute to the automation of processes in a company.

Economedia: How do you anticipate this change within the company, especially since you deal with automation?

Sergiu Bazarciuc: In the company, we started to make this change, we look carefully at what products appear in the field, we have digitalized, we have implemented an ERP (enterprise resource planning) and a CRM (customer relationship management), for customer management and contracts. We look at the robots from UiPath to see where we can integrate them with us.

Economedia: What are the areas in which Simtel innovates?

Radu Vilău, Technical Director & Co-founder: We innovate in almost everything we do, in all three fields in which we operate we have a part of innovation. Every system, in fact, is an innovation. We do personalized things, so that means that every department, every individual is an innovator.

Economedia: Can you give me an example or two of innovations in industrial automation?

Radu Vilău: Automations, in principle, are innovative, robots are the latest in technology, they successfully replace human labor.

An example of innovation is the replacement of one or more people who operated in the Takata factory in Sibiu, which automatically reads the products, they are automatically confirmed by a scan, no need for a person to confirm the contents or the origin of that product. This translates into a reduction in production time on that line, through the successful replacement of human error.

Economedia: And in the field of photovoltaics?

Radu Vilău: The so-called Feed-In Zero system, which allowed small photovoltaic power plants to develop at a much faster pace, this being a requirement for operators, all energy being used for consumption and not being injected into the network. That is, energy will be produced and consumed in the same place.

Economedia: What changes do you see in the sectors in which you operate, in terms of digitalization, automation, and innovation?

Radu Vilău: In the photovoltaic area we are far behind the established countries in Europe, such as Germany. We see an explosion of the market on industrial and home photovoltaic systems.