Mugur Isărescu: Inflation has reached around 5%. Price increases are significantly higher than previously forecast / Estimate of 5.6% by the end of the year 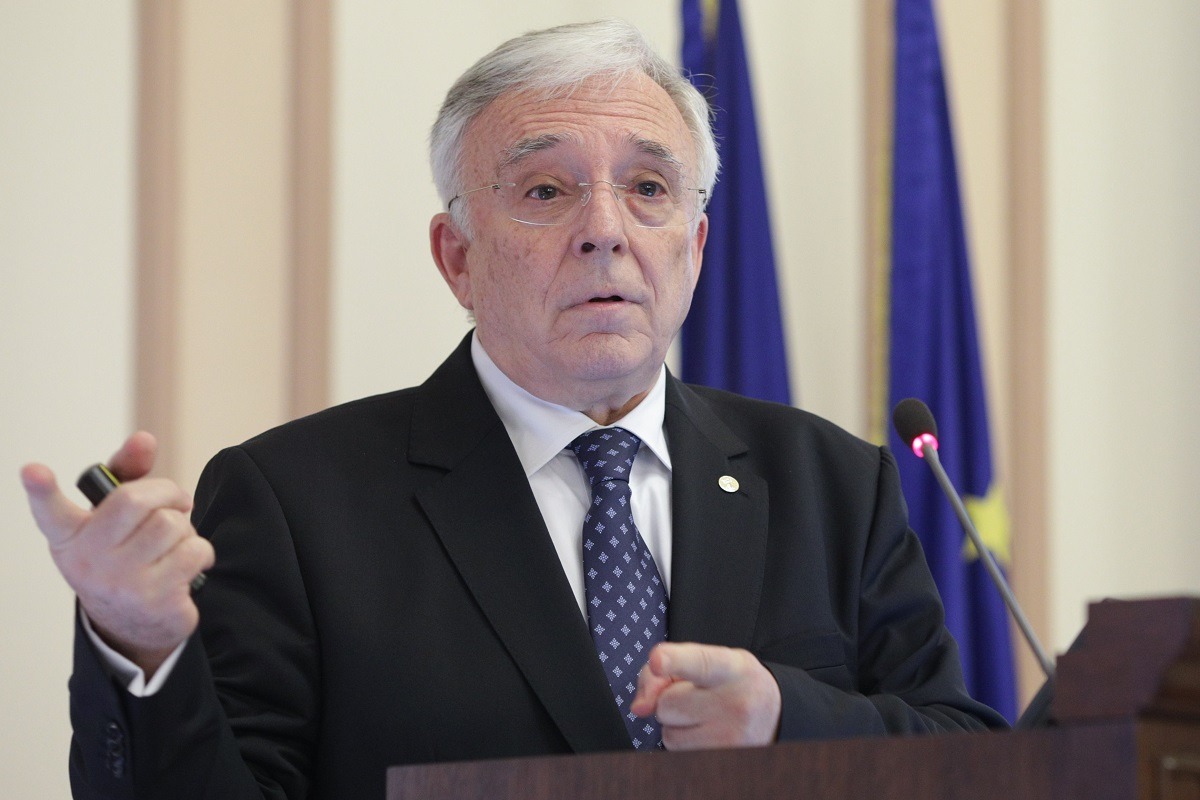 Price increases in Romania are now significantly higher than the National Bank’s previous forecast, with the NBR estimating that the inflation rate will be around 5% for July (up from 3.9% in June) and 5.6% at the end of the year, mainly due to higher energy prices, Governor Mugur Isărescu said on Monday, noting that the figures do not look “exactly pretty”. But he added that Romania was not alone in this situation, with inflation rates also higher in the United States, Hungary and Poland, as well as in Germany, the land of price stability.

“The inflation expectations of banking analysts are reasonable. However, at the level of economic operators they have repositioned themselves on a higher level. There were serious reasons: both the public discourse that accentuated the difficulties and the data that often came from outside, about price increases, especially in the construction sector. We have raw material prices, with a direct impact in the field of electricity, components, microchips, supply difficulties, pandemic-related breakdowns, shipping costs, we also have wave four (of the pandemic), another unknown and the effects of climate change,” Mugur Isărescu detailed the causes of the recent price increases.

He said that the NBR is currently working with a scenario of transitory inflation.

“I emphasize this, because usually when we make a forecast at the end of the year, that it will be 5.6%, there is a tendency to say that ‘the National Bank now forecasts 5% inflation, prices will rise by 5%’.” This is not the case, inflation is already 5%. Rather we see a moderation in price increases. This is our effort: to keep inflation between 5 and 5.5% by the end of the year. Then, due to the base effect, the consumer price index falls below 5% in January.

5.6% is not new, it is not a forecast that prices will rise from now on. Our forecast is that, through efforts including in the monetary field, we will manage to keep prices somewhere between 5 and 5.5%,” Isărescu said.

According to the Central Bank’s governor, compared to the forecast in the previous inflation report, price increases are significantly higher.

“But we are not alone and we cannot disconnect from the world. The scenario I have presented to you is by no means apocalyptic. It is reasonable compared to what is happening in the world. When you have inflation in the United States of 5.4%, in Hungary in June already 5.3%, in Poland 5%, similar to what our estimate that will be announced in a few days. And in Germany, the country of price stability and historically low inflation after the Second World War,” the governor detailed.

He went on to say that in the fall there would be further price increases.

The Central Bank’s governor also spoke about the fluctuations of the national currency, saying that “the leu remains a comparatively more stable currency than those in the region”.

“In Romania, the exchange rate is an indicator that everyone looks at. It would have been helpful for the policy mix, but we could not use the exchange rate too much as a monetary policy tool, to be more or less free as other countries have done. But it helps that we had lower inflation. The depreciation (of the leu, editor’s note), when it happened, helped or is helping to correct the external deficit. But the leu remains a comparatively more stable currency than those in the region,” said Mugur Isărescu.

The governor also said that economic growth in Romania was based on increased investment, attributed to both equipment purchases and construction. There has also been a considerable increase in foreign direct investment and, in contrast, a slowdown in the absorption of European investment funds.

According to him, the recovery in consumption is sustained. We also have an acceleration of lending in national currency.

On the labor market, conditions are still relaxed, said Mugur Isărescu, who added that the sluggish economic growth, together with the difficulty of finding suitable candidates, creates the conditions for a further tightening.