VIDEO INTERVIEW European Commissioner Adina Vălean criticizes the over-allocation of the NRRP: „Romania must make it clear what projects it wants to finance” 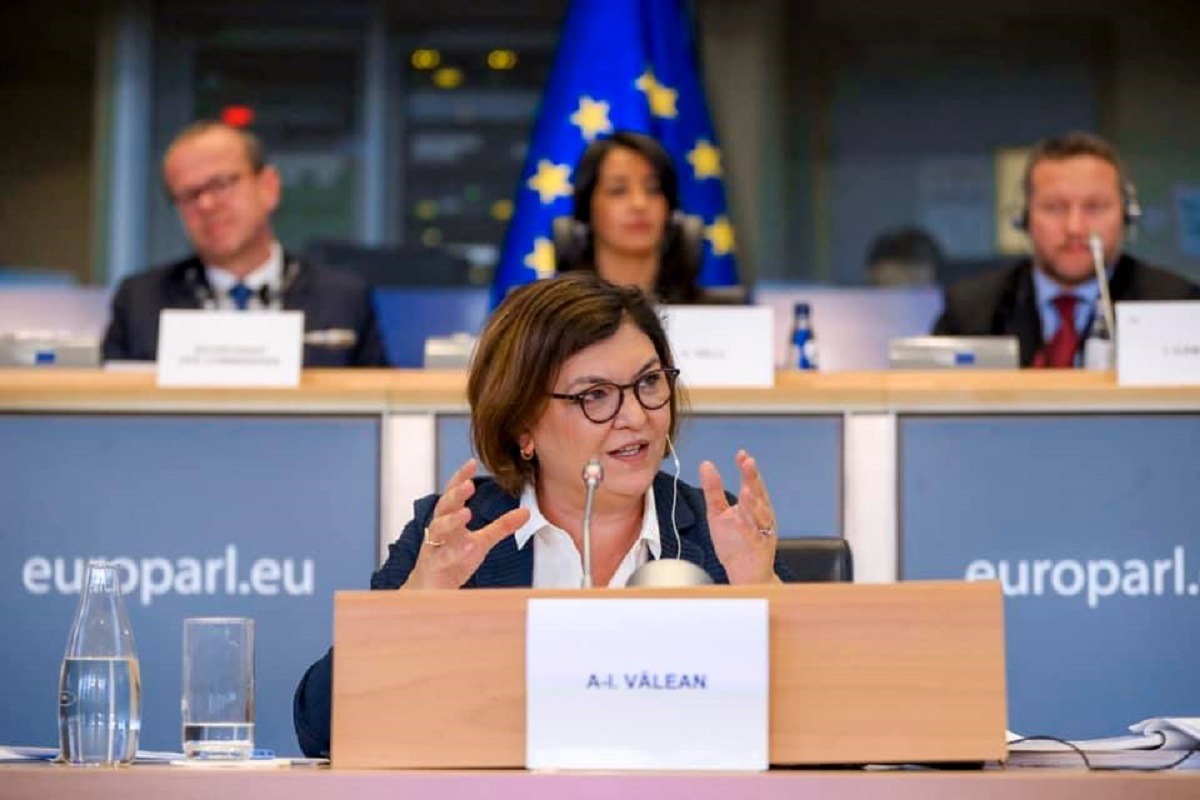 Romania must make it clear what projects it wants to finance through the National Resilience and Recovery Program (NRRP), the European Transport Commissioner Adina Vălean said in an interview with Economedia, as the Minister Cristian Ghinea announced that he will propose an overallocation of 140%, i.e. projects with a value exceeding the amount allocated to our country will be sent to the Commission.

E.D.: A „hot” topic in both Romania and the European Union is the National Resillience and Recovery Plan, whereby Romania makes a discordant note in that it wants to use the funds for road infrastructure projects. What are the chances that we could use the funds to finance the construction of highways? What does Romania have to do to convince the Commission to grant funds for the construction of highways via the NRRP, which in theory should have a quota for financing green investments?

Adina Vălean: It’s true that highways are not the greenest of projects, but they could be. Romania needs highway projects: they are wanted by the public; we have trucks passing through small towns day-in day-out. The external effects of this transport, which takes place in poor conditions without well-developed infrastructure, are very damaging for human health. It is about pollution, and the effects on the environment, the effects on human health, and all the other risks.  In terms of road safety, we’re very bad. Another argument to build the Moldova Highway is that it would connect an area with lesser economic development.

There is this agreement in Brussels about Romania which still needs to develop its road infrastructure. In other parts of Europe it is easy to talk now about the fact that they no longer need investments in roads, because they already have a highly developed network of roads. I believe that Romania also needs to develop this type of network. So, I think that highways could be financed, as long as they are put in a broader context, such as I have stated.

E.D. What do you think of Romania’s over-allocation strategy, whereby we come up with projects above the allocated amount?

Adina Vălean: On the idea that more projects are being proposed so that we have where to cut from? I don’t know if it works that way. The European Commission’s strategy was the following: we told states to bring forth projects so we can discuss them, and if a certain type of reform proposed is not convincing enough or a particular project seems to us that it is not sufficiently well documented and is likely to be rejected, then it is precisely with this pre-discussion that the states will be given the opportunity to replace projects that are weaker. But when ween submitting the proposals, Romania needs to be clear on what the projects are.

E.D.: I would like to understand, however: by choosing to submit more projects than the allocated funds, is Romania at risk of losing more important projects if the Commission chooses to finance the projects that are more „green”?

Adina Vălean:  We have to state what we want to do, clearly and convincingly, so that we can get the green light for our projects. It’s so simple, we probably don’t have to overcomplicate things.