70 million euro contract for the expansion of Craiova Airport 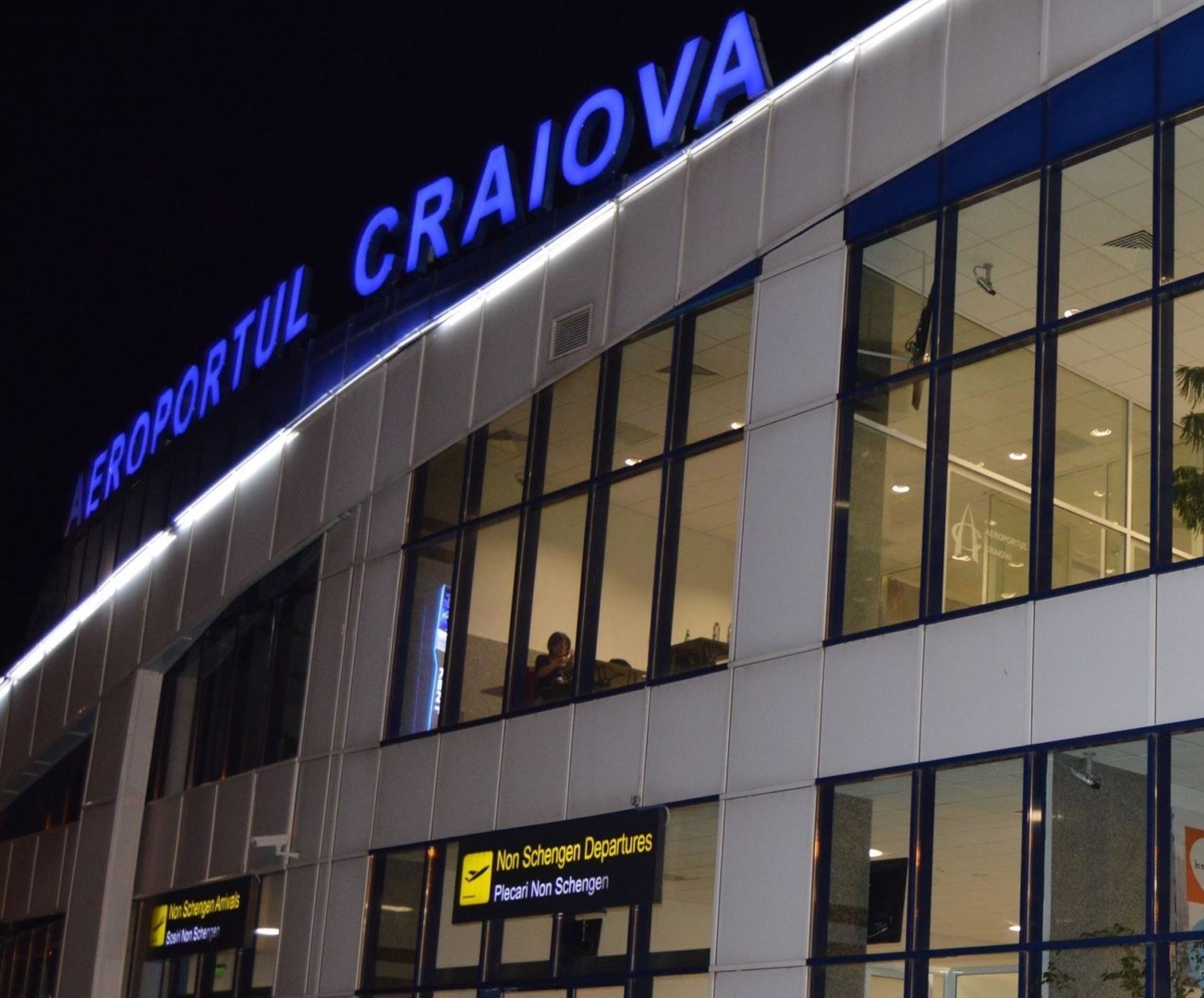 The Autonomous Regia of Craiova International Airport, subordinated to the Local Council, has put out to tender in SICAP a contract worth 350 million lei for the expansion and modernization of the airport.

The contract involves the design and execution of several objectives, including two new taxiways, a new passenger terminal, a new passenger transfer area, a photovoltaic and a thermal power plant, access roads, parking and others, according to specifications in the tender documents.

The execution period is 25 months from the signing of the contract with the company submitting the winning bid, with financing provided by European funds, the Large Infrastructure Operational Program and the own budget. Tenders will be opened on 20 January, and will be decided on the basis of price, the experience of the project managers with whom the company is bidding and the guarantee for the works (minimum 6 years).

You can see here an animation of what Craiova Airport will look like once the expansion works are completed. Credit: Eugen Becheru


The 350 million lei in this contract is only the amount eligible for funding in Brussels. The whole project costs more – 480 million lei, the difference being covered by Dolj County Council and Craiova City Hall.

The investment started from a traffic study carried out for Craiova International Airport, which was followed up with a feasibility study for the project, forecasting an increase in passenger numbers to 1,933,186 and aircraft movements/year to more than 18,600 by 2046.

Craiova Airport currently has a passenger terminal consisting of a departures terminal and an arrivals terminal, with a built area of 4,552 sqm and a developed area of 7,593 sqm, with a usable area of 6,547 sqm. The existing passenger terminal, including its expansion in 2020-2021, has a capacity of 691,495 passengers/year, and is only sufficiently sized until 2026, when, according to the traffic study, it becomes insufficient to process the number of passengers and their luggage.

“In order to take over the traffic demand, it is imperative to build a new passenger terminal sized to process 1,933,186 passengers per year. On the other hand, using a mix of take-offs/landings per hour, this results in a current average capacity of nine movements/hour, which is higher than the processing capacity of the current terminal,” the report states. Craiova airport also has six taxiways, but only one is operational. The project aims to open two new taxiways.

In August, the Dolj Regional Council adopted a decision approving the Craiova airport expansion project. On that occasion, CJ president Cosmin Vasile outlined the main milestones of the investment, along with their rationale, as Gazeta de Sud reported. “We want, as an end result, to reach a number of almost two million passengers, and the current space is insufficient. We now have only one boarding platform, we have only one taxiway and, of course, we have a number of airport equipment and control systems that as time goes by become obsolete. The project is a grandiose one and involves the development of over 40 hectares of land, the area occupied by the new terminal. In total, there are 21 investment objectives and we are talking here about a car park with 270 spaces, access roads, levelling of the runway apron and safety area, levelling of the taxiway apron, protection areas, a perimeter security fence, access roads, technological roads and anti-traffic platforms, access and control points, isolated parking position for aircraft in crisis situations, aircraft de-icing platform, boarding and disembarkation platform, two taxiways, runway turnaround platform, handling equipment service area, security control systems, a water and fire house and a 140 sqm passenger transfer area,” the official said.

Once the investment is completed, Craiova will be able to land 18,000 planes a year, which will serve the flow of passengers between the Oltenia region and, in general, southern Romania and northern Bulgaria with the countries of Europe and the Middle East.