EXCLUSIVE Răzvan Nicolescu on the energy bills scandal: almost 70% of price increases go to the state, the government has money to help consumers / State-controlled Electrica, the company that sent wrong bills to consumers 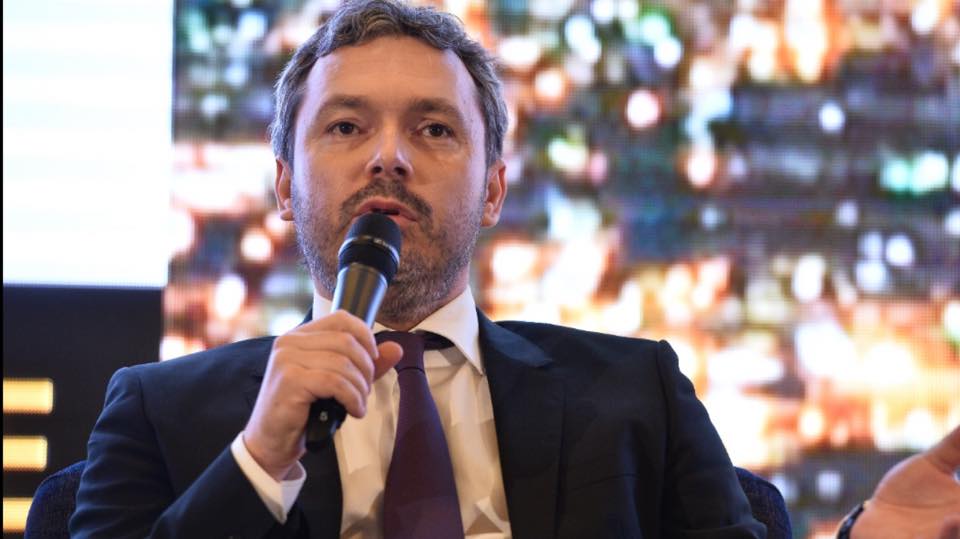 In an interview for Economedia and G4Media, former energy minister Răzvan Nicolescu points out that the government has enough money to support consumers because 70% of gas and electricity price increases go into the state budget.

He says Electrica, a state-controlled company, is the company that sent the wrong bills to consumers and says Electrica SA’s general manager/chairman of Electrica Furnizare’s board of directors should have been sacked immediately for breaking the law.

Nicolescu, who is also a former president of the European Regulatory Agency, says one of the causes of the bill crisis is the lack of investment in new generation capacity. As for state-owned companies, the former minister criticizes “excessive politicization and de-professionalization”.

On investment, the former minister says that in the case of Black Sea gas, “every month lost means €100 million lost to the state budget, money from royalties, direct and indirect taxes”.

Highlights of the interview:

– On rising energy bills: It’s a serious problem, but manageable. The money generated by rising bills goes to the state. From our calculation, almost 70% of the price increases go to the state, through increased VAT receipts – applied on a much larger base. and the companies that benefit most from these increases are state-owned or state-controlled companies.

– On natural gas, all price increases are surcharged. The money no longer goes to the companies, it goes directly as a surcharge to the state budget. Any amount exceeding 45 lei/megawatt goes directly to the budget.

– We need to find a legal way for the state to return this money to citizens and businesses. This is money that the state has not counted on in budget planning.

– The measures announced by Prime Minister Ciucă are useful, perhaps they should be implemented much sooner. The date is debatable, if possible the measures should be applied more quickly.

– We should apply an additional measure, which has been used by other European countries: vouchers for citizens. They should be used to upgrade the lighting in homes, make consumption more efficient, improve individual heating systems.

– The Romanian state has money for these vouchers. It is the money mentioned earlier from increased bills. There is also a fund of hundreds of millions of euros at ANRE, money that has not been used. Money can also be granted from the Modernisation Fund, available to the Ministry of Energy, worth about 15 billion euros.

– Causes of energy price increases: there are causes linked to the international context, the regional context and the national context.
– International context: demand has recovered quickly from the pandemic and supply is not keeping up.
– Regional context: in the EU, gas increases are higher than in Asia or America because Europe depends on two large suppliers: Norway and Gazprom (Russia). And Gazprom is becoming less serious.
– National context: A flawed market liberalization, lack of a market model for electricity and natural gas. The fact that all transactions are in the open in the electricity market is a shortcoming because the whole regional market sees what cards Romania holds. It’s a paradox, I’m an advocate of transparency, but this excessive transparency has become a problem.

– Wouldn’t eliminate this transparency lead to the re-emergence of the economic smart guys? State-owned companies should be identified and, in order to prevent the emergence of smart guys, this total transparency should continue to be imposed on them. In our market, almost half of the energy consumed in a day is traded overnight. That means there is a very high risk of volatility. Things should be reset, but preventing the reappearance of shysters.

– In the last 4-5 years we have not invested anything in energy. We’ve closed production capacity, we’ve cut gas production, we haven’t put anything in place. We are reaping today what we didn’t do in previous years – the consequences of lack of investment

– The company that sent the wrong invoices to customers is state controlled – Electrica SA. I would have immediately sacked the general manager without paying him any compensation. We don’t play with such things. The state controls the company and that company does not respect the law.

– It’s a time when people are at the end of their patience, the level of nervousness in society is very high. People watch TV and find out the bill is frozen, but wake up with bills of thousands of lei

– In addition, about 2 million electricity meters are metrologically out of date, so we don’t know whether we are paying too much or too little. Add to this the problem of ANRE, which doesn’t understand that we are in another century and that smart meters should be installed.

– I’m very concerned about the decrease in trust in the state, in state institutions. Let’s not tell people nonsense, they lose trust very quickly.

– There are institutions like ANRE that do not communicate at all. And this is their main task

– We are in an advantageous situation compared to others because the money of juice to the state, and imports-exports are not relevant in the electricity market

– In the next two years a century is at stake. Investment is needed. Starting with gas from the Black Sea. Every month lost means 100 million euros lost to the state budget, money from royalties, direct and indirect taxes

– Why is the offshore law late? I honestly don’t know. We have already postponed it for 4 years, we should have more gas than we consume by now. You have to ask state officials. I didn’t answer.

– Energy transition is essential. It’s happening in Europe and the world.