The 9.3 hectare platform of Technosteel Iasi, a company in judicial reorganization, put up for auction 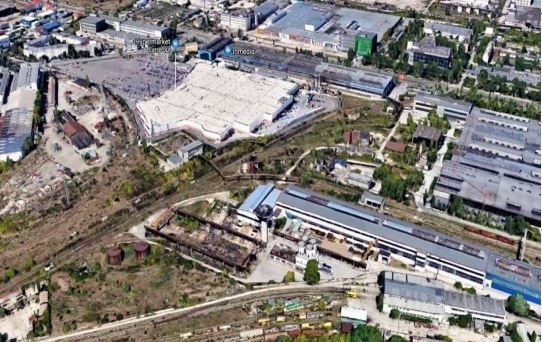 Transilvania Insolvency House has put up for sale by auction a 9.3-hectare plot of land in Iasi, belonging to industrial manufacturer Technosteel, which has been in judicial reorganization since 2018 and in insolvency since 2016.

The value of the debts of the Iasi-based company was more than 120 million lei in 2019, according to data from the Ministry of Finance, and to recover part of this amount the receiver is asking for 11.9 million euros excluding VAT as the starting price of the auction.

Up for sale are the land of 93,102 sqm with buildings totaling 43,685 sqm, respectively the movable assets under the guarantee of NBG Bank Malta Limited and freehold assets located on the property.

At the beginning of 2016, when the insolvency proceedings were opened, the company employed about 182 people. The Technosteel LBR Creditors’ Meeting approved the company’s business reorganization plan in August 2018, so that at the end of 2019 the workforce still had 54 maintenance employees.

The company owns 43 industrial buildings on the 9.3 hectare site, built between 1984 and 1989, and the area, although predominantly industrial, could become residential following the redevelopment of the town, as it is already served by the nearby Carrefour Felicia shopping center.

Technosteel LBR SRL was set up in 2003 to produce cold rolled strip in the form of coils. In 2005, following an extensive reuse and re-engineering process, the production equipment was automated, new processing equipment was purchased, modern fixed length slitting and wrapping technology was developed and a quality control and testing system was implemented.

In 2007-2009 the mechanical and chemical testing laboratory was equipped with a spectral analysis machine, a static tensile testing machine and a hydrostatic pipe testing press. But in 2016, after just seven years, the company went into insolvency.