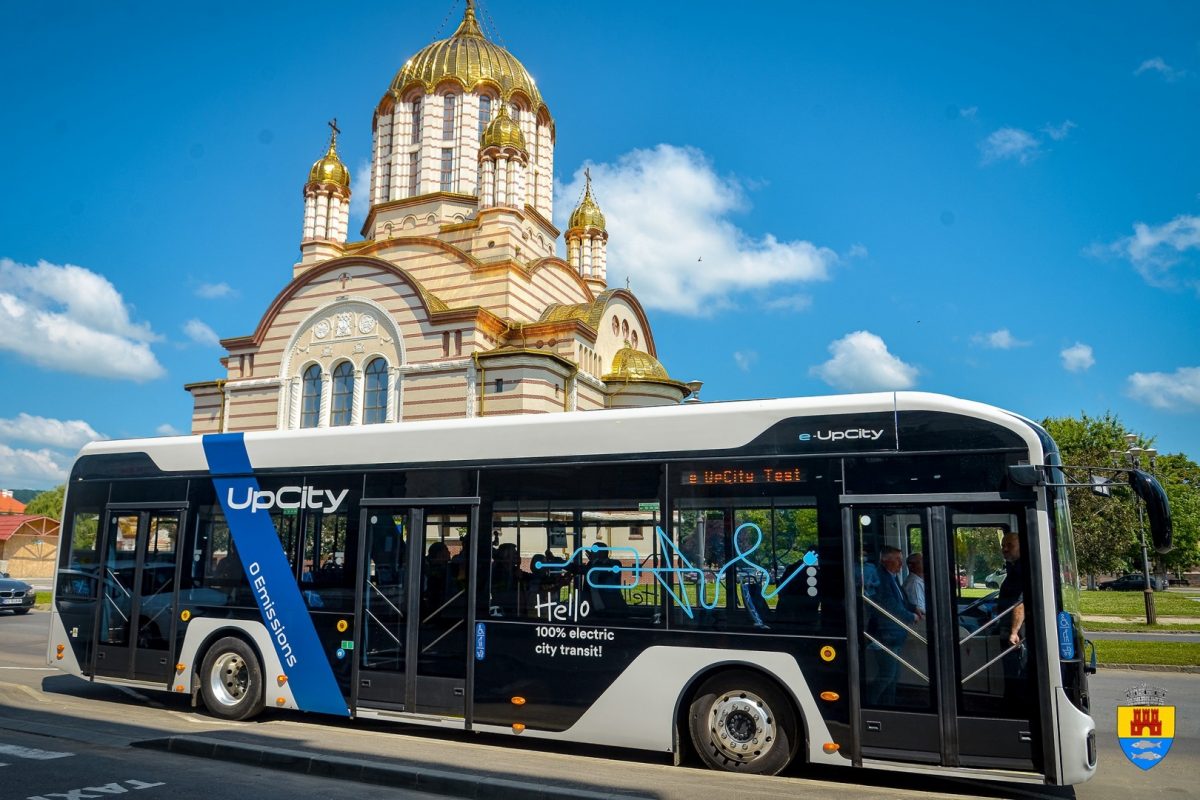 Fagaras Town Hall will test, for a period of two weeks, a 100% electric bus assembled in Romania. The prototype was also on display at Oradea and Braila, with Fagaras being the third city to reach.

“ATP Trucks Automobile has an extensive testing program and we have requested to be included in it. We take this opportunity to analyze the mode and operating costs, which we will use us after we purchase the electric buses through the mobility projects worth EUR 30 million. To avoid confusion, I stress that these tests are independent of the projects we have. Buses included in projects financed with European funds will be bought by public auction, without any connection to the Baia Mare producer. But we could not miss the opportunity to test the first electric bus built in Romania, because we are focused on ecological transport“, said Mayor Gheorghe Sucaciu.

“We are taking more and more courage with every request from the local authorities and it is honorable to respond to them. We appreciate the contribution they have in our work: when I say these I mean the feedback applied, realistically able to give us about our prototype. It is already clear that there is also a major concern at the level of our country in the sense of making public transport and beyond more efficient and greening. We will entrust the representatives of the local public transport service Fagaras with the electric bus from 6 July until 20 July. As we have already submitted, all the data collected by them during this period are important for the evaluation to which e-UpCity is still subject,” said ATP Group founder Mircea Cirț.

Called ATP Bus e-UpCity, the 100% Romanian electric bus was officially launched on the Romanian market on May 13th and has European approval. The first prototype has 83 seats (25 seats), a length of 12.18 meters and minimum range in the city of 200 kilometers, which can be extended up to 360 kilometers. A full charge takes between 3 and 5 hours. In terms of connectivity, the electric bus is equipped with Wi-Fi, USB sockets with two ports built into each seat set, and portable external memory monitor for different multimedia projections.

According to economica.net, the bus axles are delivered by ZF Friedrichshafen AG and DANA GK Drive System. The electric motor of the e-UpCity bus is synchronous with a permanent magnet and comes from DANA Prestolite, the braking system is defined by experts from WABCO, the air conditioning system incorporates VALEO technology, and the steering system is BOSCH / ZF.

ATP Group designed the project for ATB Bus e-UpCity, selected component suppliers and designated the specifications so that they comply with the legislation and obtain European approval.

e-UpCity, 100% electric, with a modern architecture and ECO profile (ECOlogic & ECOnomic), can meet the urban needs of replacing old and polluting buses, but also the demands of cost optimization. The purchase price of an e-UpCity model starts at 350,000 euros. The warranty for the body and batteries is 8 years.

ATP Group was founded in 1995 by Mircea Cirț, who worked in the automotive field as a provider of products and then integrated services for professionals in the world of transport. In 2019, the company began assembling Truston trucks from ATP Trucks.