EXCLUSIVE The company of business tycoon Gabriel Comănescu will be the beneficiary of projects worth almost 600 million euros from EU’s Recovery and Resilience Facility Program (PNRR), together with Romgaz. GSP, the only private company chosen by the Ministry of Energy to receive European money without competitive tendering. 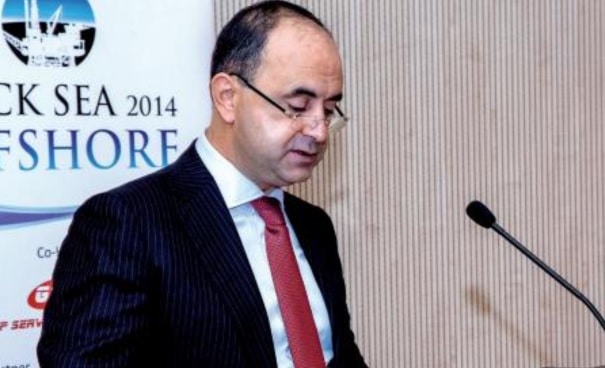 The Energy Chapter of the National Recovery and Resilience Plan has two pilot projects to demonstrate the economic and technical feasibility of hydrogen, both to be carried out with the Romanian private company GSP Power, one in Constanta and the other in Mehedinti, the home county of the Energy Minister. The total value of the two projects amounts to 585 million euros. It is not clear how the company of tycoon Gabriel Comănescu is the only private company specifically mentioned in the PNNR chapter elaborated by the Ministry of Energy.

In fact, the document consulted by Economedia.ro does not refer to any tender or selection procedure by which GSP was chosen.

The first project, with a total value of 320 million euros, involves a partnership between the state company Romgaz and the company GSP Power SRL, founded last year within the GSP group and controlled by Constanta businessman Gabriel Comanescu. The project aims to develop a “green city” project in Halanga, Mehedinti County, respectively: a gas installation with an installed capacity of 159 MW (135 million euros), a photovoltaic park of 100 MW (70 million euros), a green hydrogen plant (EUR 55 million) and a carbon dioxide plant (EUR 60 million).

The second project, worth a total of 265 million euros, is also a partnership between Romgaz and GSP Power for the development of a “green city” in the city of Constanta, which will also include a gas installation with a capacity of 158 MW (also worth 135 million euros), a 20 MW photovoltaic park (15 million euros), a green hydrogen production plant (55 million euros) and a carbon dioxide capture plant (60 million euros).

Partners in these projects will also be Siemens and the National Research-Development Institute for Cryogenic and Isotopic Technologies – ICSI Rm. Valcea.

The implementation of these investments will take place in the period 2021-2024.

Last year in September, the former head of Romgaz, Adrian Volintiru, and the head of GSP Gabriel Comânescu signed, in the presence of then Prime Minister Ludovic Orban and the Minister of Energy Virgil Popescu, a memorandum for the construction of new power plants in Halanga, a new gas plant MW, next to a 150 MW, and a photovoltaic park, inside the current Halânga thermal power plant, which is in bankruptcy.

According to the initial plans obtained by profit.ro, the investment was to be financed by GSP Power, the plant was to be built by the same company, and, after the construction, this company will also operate the plant. Romgaz will deliver the gas and will receive the electricity produced here.

The document obtained by Economedia also includes a project on hydrogen valued at100 million euros, respectively a green hydrogen production unit, but that it will be implemented by the state company Hidroelectrica alone.

Another project included a photovoltaic plant for the production and storage of green hydrogen and its use using electricity storage (batteries and supercapacitors). This project will also be implemented by a state-owned company, as it is located on the central platform Cernavoda SA, operated by Nuclearelectrica.

Businessman Gabriel Comanescu is one of the most vocal players in the domestic energy market. In 2018, two people directly related to Gabriel Comănescu had been promoted by former Prime Minister Viorica Dăncilă to key positions in the energy system. More precisely, Gheorghe Constantin – former director in GSP – had been appointed president of the Competent Authority for the Regulation of Offshore Oil Operations on the Black Sea, ie exactly the agency that manages operations in which the company where Constantin worked has the highest business interests. Gheorghe Constantin was revoked only in 2021, according to the public asset declaration. Another director of the GSP company, Florin Radu Ciocanelea, had been appointed by the former prime minister Dăncilă in the position of state councilor with energy attributions. Ciocanelea was, in fact, even an administrator of Grup Servicii Petroliere. Florin Ciocănelea died in 2019.

The current Minister of Justice, Stelian Ion, told G4Media last year, when he ran as the USR PLUS candidate for Constanta City Hall, that the businessman Gabriel Comănescu, the owner of Grup Servicii Petroliere, had called him to Bucharest at the end of May 2020 to ask him to withdraw his candidacy and to offer support to the PNL candidate Vergil Chițac. The USR deputy claimed that he met with the tycoon at one of the headquarters of his company in the capital because he was curious why an investor from Constanta wanted to meet with him. Stelian Ion told G4Media that the businessman Gabriel Comanescu first told him about his financial potential, and then asked him to withdraw from the race for Constanta City Hall because, otherwise, “he will use all his influence and money” and will do everything possible for Vergil Chitac to run for mayor, the PNL candidate that Comănescu supported 4 years ago in the local elections.

Grup Servicii Petroliere (GSP) is the Romanian company with the strongest business ties with Russia, named as an example in the past by the former president, Traian Băsescu. The company founded by Gabriel Comanescu had contracts worth tens of millions of euros with Russian state energy companies for offshore drilling works.