President Klaus Iohannis on Romania’s Recovery Plan: it will be approved, but “some projects will probably be removed” 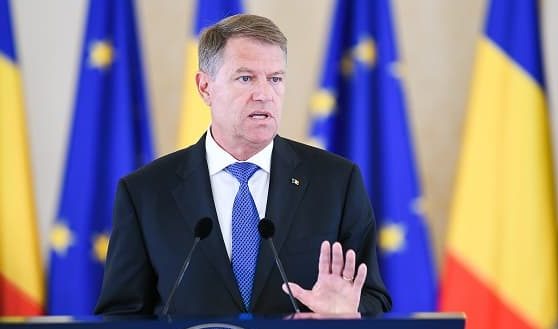 President Klaus Iohannis said that Romania’s National Recovery and Resilience Plan will be approved, but “some projects will probably be taken out”. “(…) it didn’t seem a perfect plan to me either, but in the short time we had available, the Plan has been drawn up and it is still a reasonable plan and any questions from the Commission will be answered,” the president explained, as quoted by News.ro. Iohannis stressed that he “expects” that the projects remaining in the NRRP will be carried out. The total number of recovery plans approved by EU finance ministers has already reached 16, but Romania’s is not among them. In fact, as of yesterday, some countries have started to receive the first tranches of money.

Iohannis was asked about a possible rejection of the National Recovery and Resilience Plan.

“We will have an approved plan. I found the article a bit… one-sided (…) There are so-called information on sources (…), there are some who want to give their importance and give sensational information further on. Yes, we know our PNRR, we knew from the beginning that it is not perfect, we said a few months ago that it is very good that it was submitted, that the Commission’s questions are being discussed, solutions are being sought, certain parts of the Plan are being changed. Yes, that’s right, it didn’t seem like a perfect plan to me either, but in the short time we had, the Plan was developed and it is still a reasonable plan and will get any answer any Commission question. If there are projects that are not eligible, they will be taken out of the Plan, that’s it, it’s not very complicated,” said the Head of State.

Iohannis added that “not everything that is put there in the NRRP will be implemented in our country, but what remains – and this is my claim and I have said it very frankly to the ministers – what remains in the Plan and is eligible and fundable must be implemented”. “I cannot accept to have a plan that is approved, the money is available, and not implement the projects”, he stressed.

“We will have the NRRP, it will be funded, probably some projects will be taken out, but only then the hard part begins, because these projects must be implemented, they must be realized and in a very short time,” Iohannis explained.

Portugal, Luxembourg and Belgium on Tuesday became the first EU member states to receive the first tranches of the €800 billion European recovery fund designed to help member states recover from the pandemic and make their economies greener and more digital, Reuters reports, cited by Agerpres. The total number of recovery plans approved by EU finance ministers has reached 16, including plans submitted by all the bloc’s major economies. Romania is not among the 16.